When To Prune Clematis

​Clematis don't need to be pruned to flower, but without it they become overloaded with old dead stems and bear fewer, smaller flowers. There’s also some that need taming like the overly rambunctious and fast grower, evergreen clematis, C. armandii. When to prune depends on whether they flower on new or old stems and if they flower in spring, summer or fall: Group A: early flowering, Group B: mid-season flowering and Group C: late flowering.

Since pruning depends on the type of clematis, keep those name tags! If you don’t know what kind you have, note when they bloom. If you don’t know when to prune, leave the plant alone and it will flower on its own. Or experiment and cut half of the stems while they are dormant in winter. If the cut stems don't flower, then you know not to do that again! On the other hand, if they do, remember to cut all the stems next year. Do your own experiments for those unidentified clematis, but remember to record all the details. Feel free to allow deciduous clematis to scramble through trees. Don't do this with evergreen clematis as they are just too aggressive. 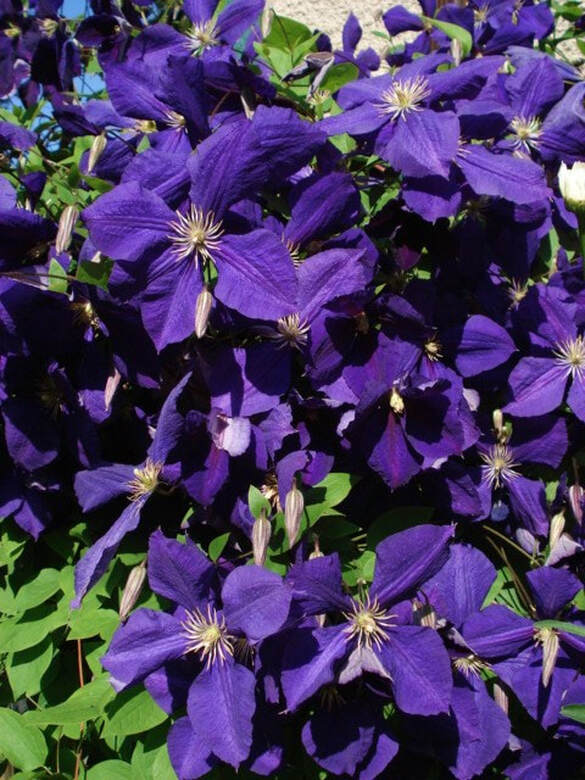 Jackmanii clematis is a late flowering Type C so prune before the new shoots form in spring.
Most clematis can be cut back to 6 inches, especially if they are overgrown, however, only do that at its designated time of year and not after it has just grown its spring foliage. It takes lots of energy to produce all those leaves and once they are removed it has no more foliage to produce more food for itself.
​
If you want flowers at different levels, vary the heights of each stem. Always cut just above a bud, not between buds to eliminate unsightly stubs. When pruning, remove all old non-productive stems, dead, diseased and broken stems.
. 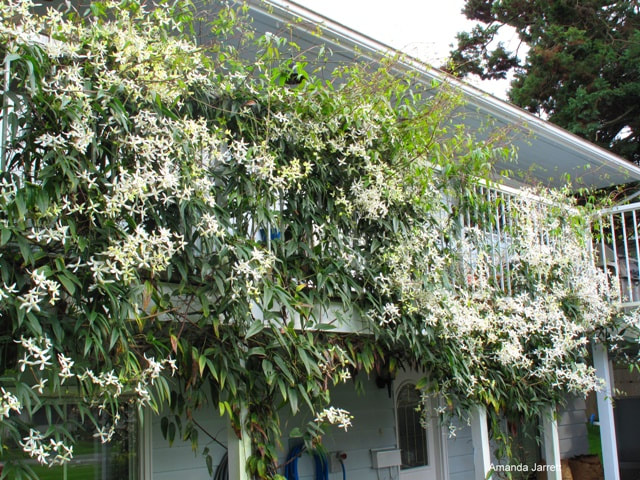 These clematis flower in late winter to early spring on last year’s stems. Prune them immediately after they finish flowering. Don’t prune them any other time or you will be removing their flowers.  Cut vigorous, overgrown ones down to 6 inches. For weaker and less prolific clematis, cut their stems back by half.  Ex: Clematis alpina, C. armandii, C. cirrhosa, C.macropetala, and C. montana. 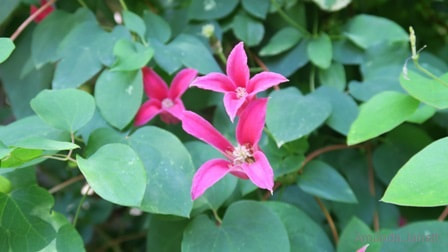 Princess Diana clematis, C. texensis, flowers in summer and should be pruned in winter, Group C. 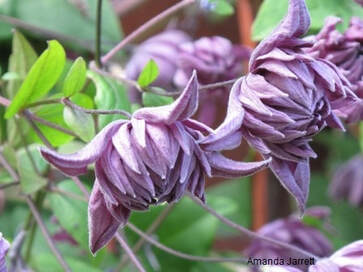 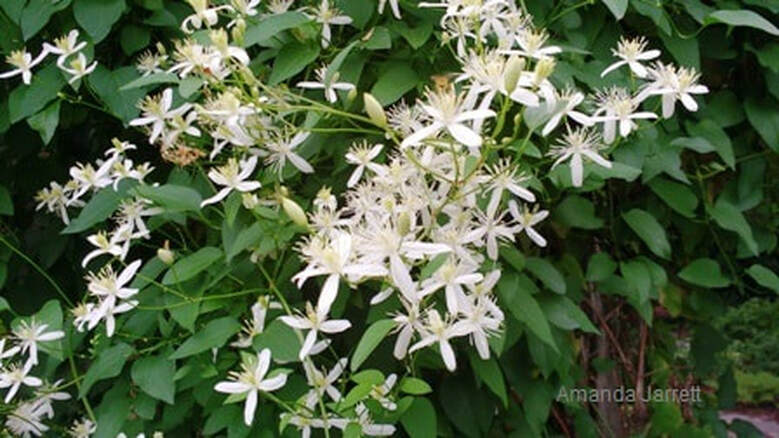 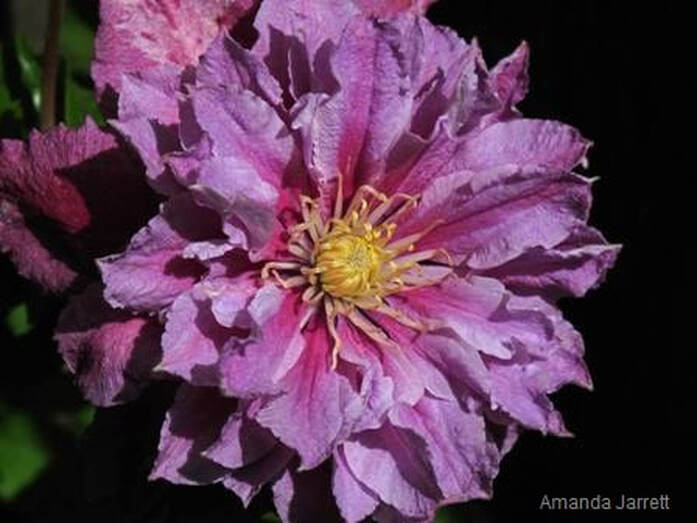 Piilu clematis belongs to Group A and should be pruned immediately after flowering.