Smart farmers know that soil needs to be covered. Instead of fallow fields, they sow a cover crop. A cover crop fills the soil with roots, holding it together, while reducing erosion, improving drainage, leaching and provides an environment for beneficial micro-organisms.

Unlike other crops, cover crops are not harvested, instead they are dug into the soil to replenish nutrients and to build soil. That’s when the cover crop stops being a cover crop and becomes ‘green manure’.

​Home gardeners also benefit from using cover crops for the same reasons farmers do. Sow seed of crimson clover, fall rye and other cover crops after crops have been harvested. To prevent veggie beds from being bare during winter, sow seeds no later than September. They will establish themselves in fall and are cut down and dug in when they are actively growing in spring. It is composting in situ! 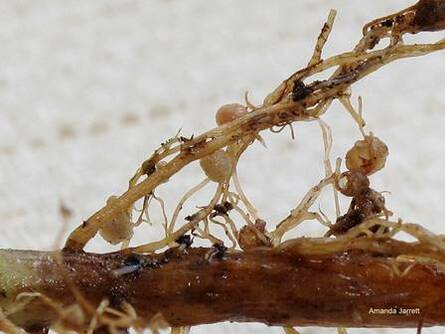 Legumes have the ability to grab nitrogen from the air and attach it to their roots.
For most home gardeners, cover crops aren't needed until fall - after the crops are harvested. Therefore any cover crops need to be cold hardy so they can survive the fall and winter.

Seeds are sown no later than September with seeds that sprout quickly so they can establish themselves while crowding out winter weeds.

Selecting the cover crop depends on what your soil needs. Clover and other legumes, convert nitrogen from the air into a soluble form that plants are able to absorb. Other crops gather phosphorous and other essential nutrients.  When tilled into the soil, their stored nutrients are released back into the soil.

How to use cover crops

When to sow and harvest cover crops 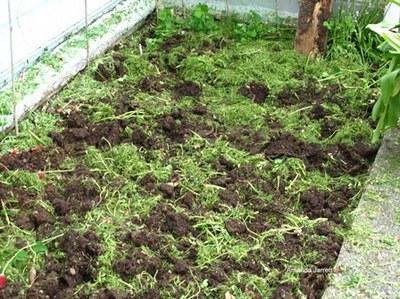 In spring cut back and dig in the cover crop. 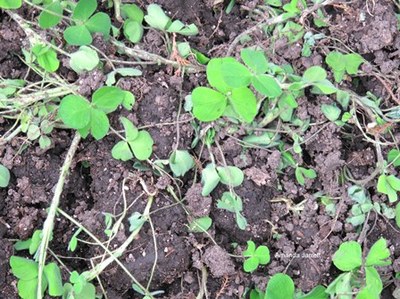 Roughly dig in the cover crop and wait a week to fork it over then rake. 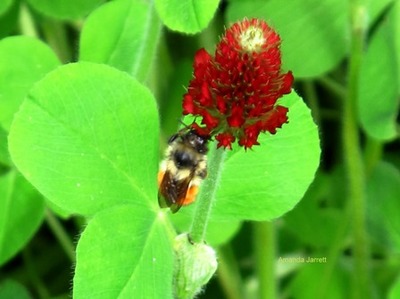 Crimson clover is a legume and provides nitrogen and entices pollinators.