What is Soil? ​What is Dirt? 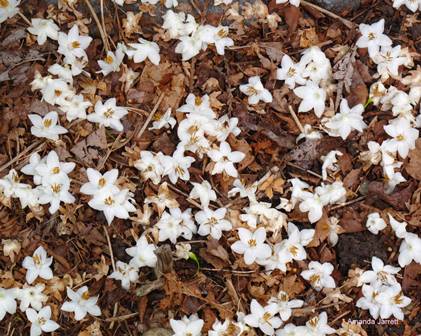 Organic matter: flowers, twigs and other plant parts improve any kind of soil.
Soil is often dismissively called ‘dirt’ - but that’s the stuff under your fingernails. Soil is actually a universe unto itself where a myriad of life forms reside and they all work together to make an efficient, sustainable and biodiverse ecosystem when left to its own devices.

Initially, soil is formed from the erosion of rocks, decaying and decayed plants and animals. Rocks are broken down by weathering, plant roots and lichens to create even more soil. Fungi, microbes, and bacteria also play a part in soil creation as they decompose the remains of insects, animals, plants and other organic debris. Earthworms do their thing recycling the nutrients as they eat and digest the organic matter, also increasing soil fertility. All these factors together results in a healthy soil ecosystem.

Soil contains three main ingredients: sand, silt and clay, and are referred to as ‘soil separates’. They contain minerals, which are essential food for plants. The proportion of sand, silt and clay defines a soil’s texture. If a soil has more sand than clay or silt, it is considered a sandy loam and it will take on the characteristics defined by that dominant component.  If there is more clay than sand or silt, then it is referred to as a clay loam and it will possess the pluses and minuses of clay.

How soil is structured is important for plant health. Spaces between soil particles create holes. These 'pores' are crucial contain air and water.  Ideally, soil is composed of 25% water and 25% air with 45% minerals and 5% organic matter. Compacted soil; soil that has compressed by foot traffic or whatever, has fewer if any pore spaces. Because of this, plants have a difficult time growing in compacted soil.

Sandy soil is gritty to the touch. The grittier the soil, the more sand it contains. Sandy soil drains freely, but does not hold on to nutrients. Plants need to be watered more often and fed more too. Add compost every year to turn sand into sandy loam. A 3 inch layer of organic mulch is essential. Mulch keeps soil moist, reduces erosion, weeds and adds to soil fertility.

​Clay soil feels smooth and silky. It does not drain quickly and is easily compacted resulting hard impenetrable soil. It is sticky when wet and hard as rock when dry and difficult to rewet; the water just rolls off. It holds on to nutrients a little too well as plants have an issue obtaining it. However with that said, it retains nutrients admirably and without clay in soil, it is often nutrient poor.

Silty soil has tiny grains and very small pores, which retains water but also slows it down. This may result in temporary flooding and prone to erosion after heavy rains. Of all the soil separates, silt provides the most available water to plants. Due to the small pores, air supply to plant roots is restricted. Compaction and waterlogging are common problems.

Organic matter is derived from dead leaves, twigs, flowers, decaying wood, insect and animal remains, as well as manure and bird droppings. As it decomposes, this organic material breaks down into its most basic chemical elements to become food for bacteria and fungi, as well as other organisms. They in turn, break it down even further making it available to plants. It is important to add organic material to the soil annually to maintain this natural nutrient cycling.

Fully decomposed organic material creates humus, which is the ideal food for plants. It also binds sand particles together improving water and nutrient retention. It keeps clay particles apart creating pore spaces and aerates heavy and compacted soil.  Earthworms help out too as they mix the humus with the soil minerals and also tunnel as they go further aerating the soil.

How to improve soil

To promote soil health, keep the leaf litter and other plant debris on the garden beds. Also maintain a 3 inch layer of organic mulch on top of the soil. This enables nature to recycle organic nutrients converting them into food for plants. Synthetic fertilizers interfere with this process, especially fast acting ones and they deplete the soil of organic matter.

Another way to build and improve soil, grow cover crops on unplanted vegetable and garden beds. This is usually done by sowing sowing specific crops in September when the growing season is over. Crimson clover fixes nitrogen into the soil, while fall ryegrass adds biomass. Dig them into the soil prior to spring planting and before the cover crops go to seeds. ​ 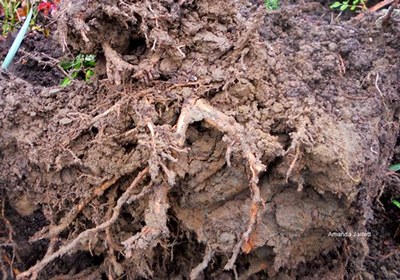 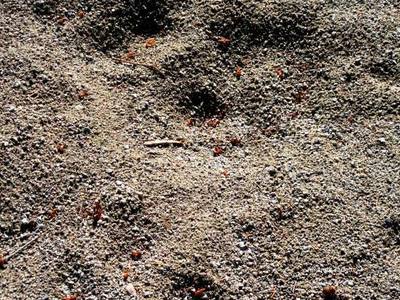 Sandy soil doesn't hang on to water nor nutrients. 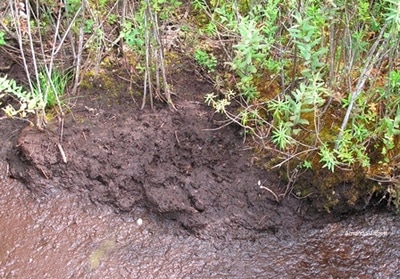 Silty soils are prone to erosion. 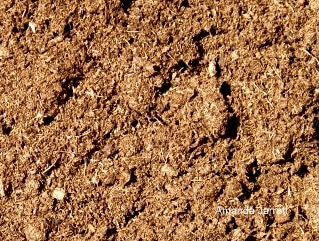 Peat moss acts like a sponge soaking up water, but adds little nutrition. 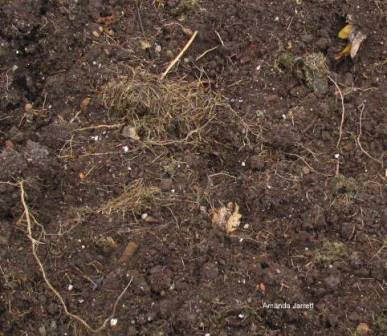 Loam is comprised of sand, silt, clay and organic matter. 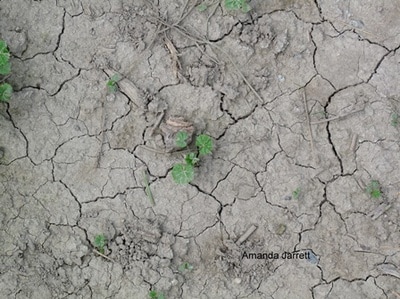 This clay soil would benefit from some compost and a layer of organic mulch.

It is better to add to your existing soil than bringing in bulk loads of topsoil, unless it is guaranteed to be horsetail free. Even though it can be weedy, topsoil is the cream of the crop when it comes to microorganisms, organic matter and other goodies. Topsoil is the top layer of soil of soil that is normally cleared before construction starts, however, it is cheaper and more ecologically sound to add to your existing soil to make it more fertile and easier to work.

Garden centres sell many soil mixes. Triple Mix can be used as a soil unto itself or added to an existing garden. It is comprised of a third each of top soil, peat moss and compost. Bagged composted wood chips, worm castings, top soil, mixes with mycorrhizae fungi and Sea Soil are other soil amendments. There are mixes for gardens, vegetables, lawns and composted sheep, fish and steer manure. So if having a compost bin isn't your thing, purchase soil amendments to improve your soil.

Peat moss is not generally recommended to add to garden soils because it holds too much water when wet and repels water when dry. When dry, it easily blows in the wind like dust and offers little nutrition. Mushroom manure contains more nutrients than peat moss, however, it doesn't stack up to composting. For one thing, it has been through an animal where most of the nutrients were removed. Mushroom manure is actually horse manure that has been used to grow numerous crops of mushrooms. Unless the 'shrooms were grown organically they were treated with fungicides and insecticides. It has a high pH, making it unsuitable for rhododendrons, blueberries and other acid loving plants. ​

A natural growth enhancer is mycorrhizae fungi. This fungi attaches to plant roots to absorb carbohydrates from the plant. In return, the fungi increases the span of the roots increasing moisture and nutrient absorption. It's a win-win situation. Soils' naturally have this fungi. Soils' fertilized with synthetic fertilizers are deplete of this beneficial fungi. All the more reason to use compost, organic soil amendments and a layer of organic mulch to keep soil healthy and plants happy. 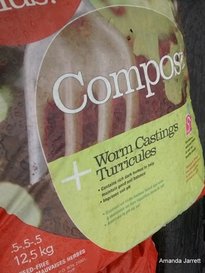 Worm castings are sold commercially.
Although the soil is capable of natural recycling, it might take a while to get there, especially if you are just getting started. To help things move along the addition of fertilizers is often required. It is preferable to use OMRI (Organic Materials Review Institute) certified fertilizer as they do not interfere with soil's natural processes. Another option is to use slow release low numbered, balanced fertilizer with micronutrients and trace elements: iron, manganese, magnesium, zinc etc. Synthetic fertilizers don't feed soil microbes and they don't help with soil structure, aeration and porosity like organic matter.